Serina Rahman is the co-founder of Kelab Alami and a Visiting Fellow at the ISEAS-Yusof Ishak Institute, Singapore

This sea star goes beyond the usual expectations and can have between 5 to 9 arms as we usually spot them on the seagrass meadows of Mukim Tanjung Kupang with 6 or 8 arms. They seem to be seasonal creatures and are not always there. But when they appear, it’s a bevy of limbs! 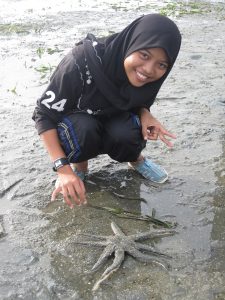 The species has not yet been evaluated under the International Union for Conservation of Nature’s (IUCN) Red List of Threatened species and is deemed quite common across the Indo-Pacific, usually living on sandy substrates or coral rubble, and in seagrass meadows.

While most sea stars usually have feet with tiny suckers on them, Luidia sea stars’ feet are pointy. They do not evert their stomachs to feed like other sea stars, but instead swallow their prey whole. They are quite a big species, and carnivorous – they eat crustaceans, molluscs and other sea stars buried in the sand. They reproduce by regrowth from detached limbs, but in spite of their size and fierce appearance, their arms can break off when disturbed or stressed. 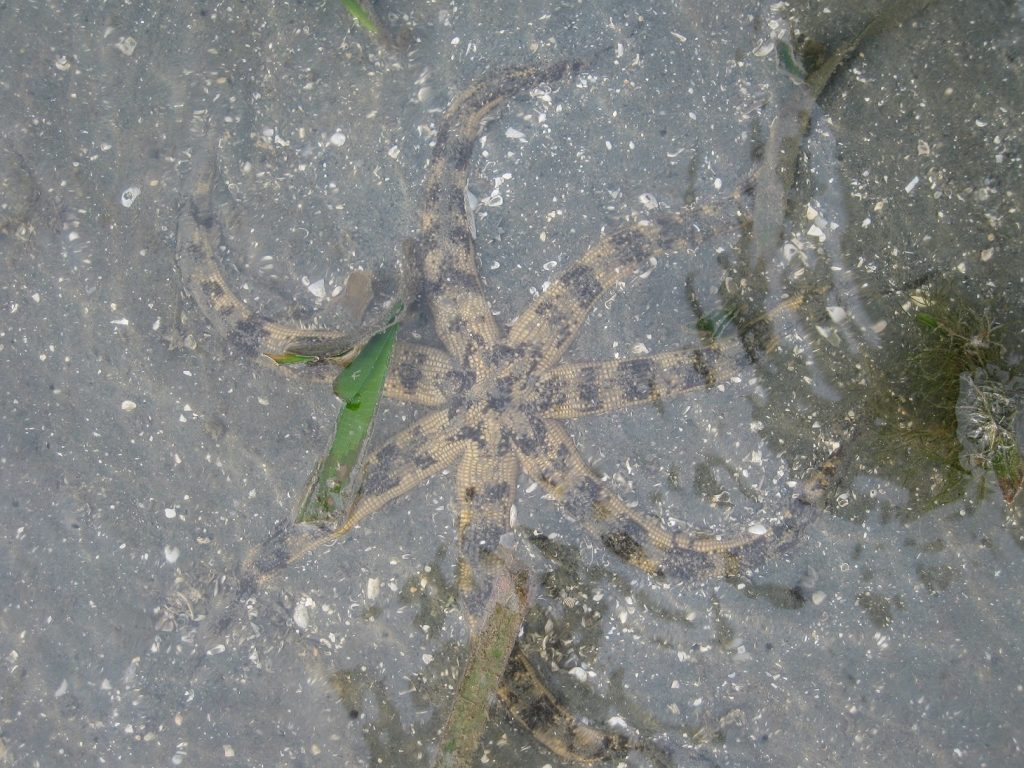 These creatures can move quite quickly across the seabed, but do get stranded at the lowest tides. They usually bury themselves in the sand to await the rising tide, but can also be spotted staying cool in the shallows.

Kelab Alami conducts seagrass habitat walks in the seagrass meadows at the lowest tides; if you are lucky, you might be able to spot this species. Log on to kelabalami.weebly.com for more information.