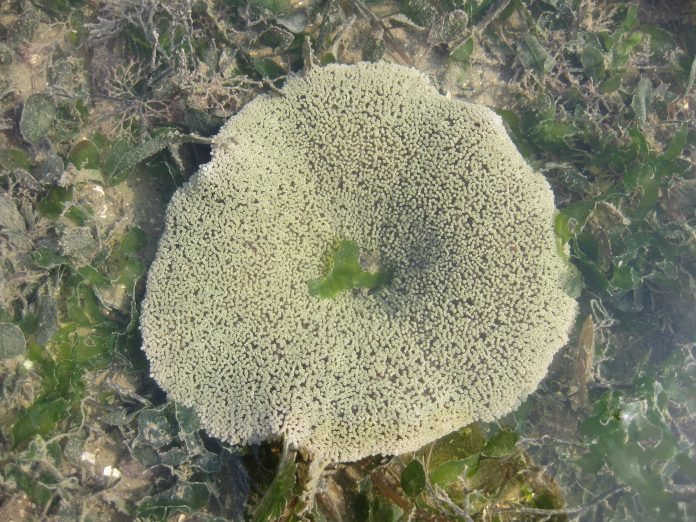 Carpet anemones are unique but deadly creatures that both trap and produce its prey (through symbiotic zooxanthellae or algae which photosynthesise). They can be found in seagrass meadows, rocky shores and around coral reefs. Sometimes referred to as mushroom anemone, in Mukim Tanjung Kupang, Iskandar Puteri, where they can be found, they are called boren. 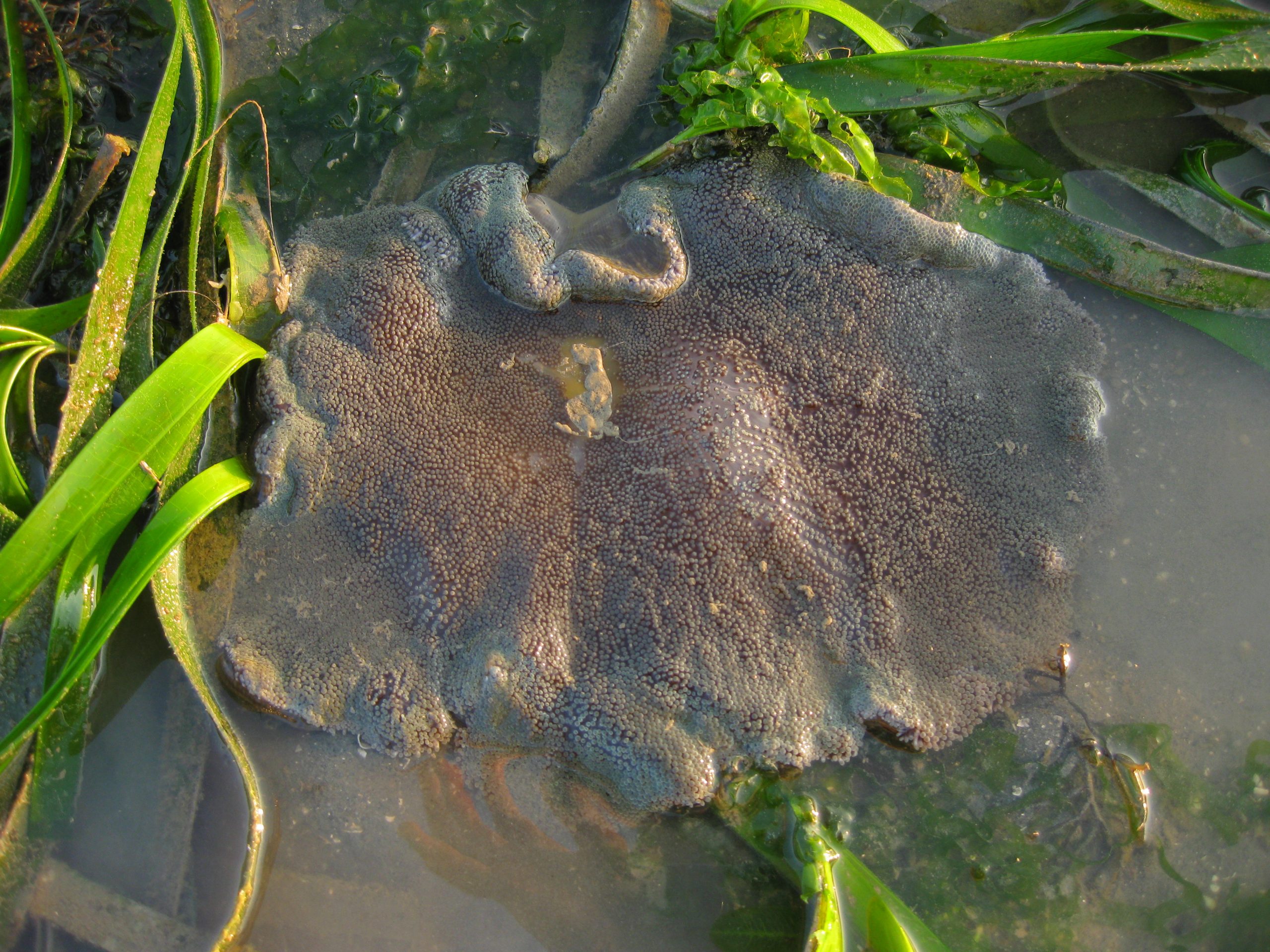 Flat animals with short tentacles, they are solitary creatures that can suck itself into a sandy or seagrass substrate to evade predators or retain moisture when exposed at the low tide. It can move or contract its body to quickly transfer an immobilised prey (fish, crabs or any other luckless critter) to its central mouth. Each tentacle contains stingers that can paralyse its victim, though this is harmless to humans when touched.

Aside from algae, several other critters are often found living amongst its tentacles, including porcelain crabs (closer to hermit crabs than true crabs), shrimp and clownfish. These co-inhabitants are able to secrete a substance that protects themselves from the anemone’s stings. 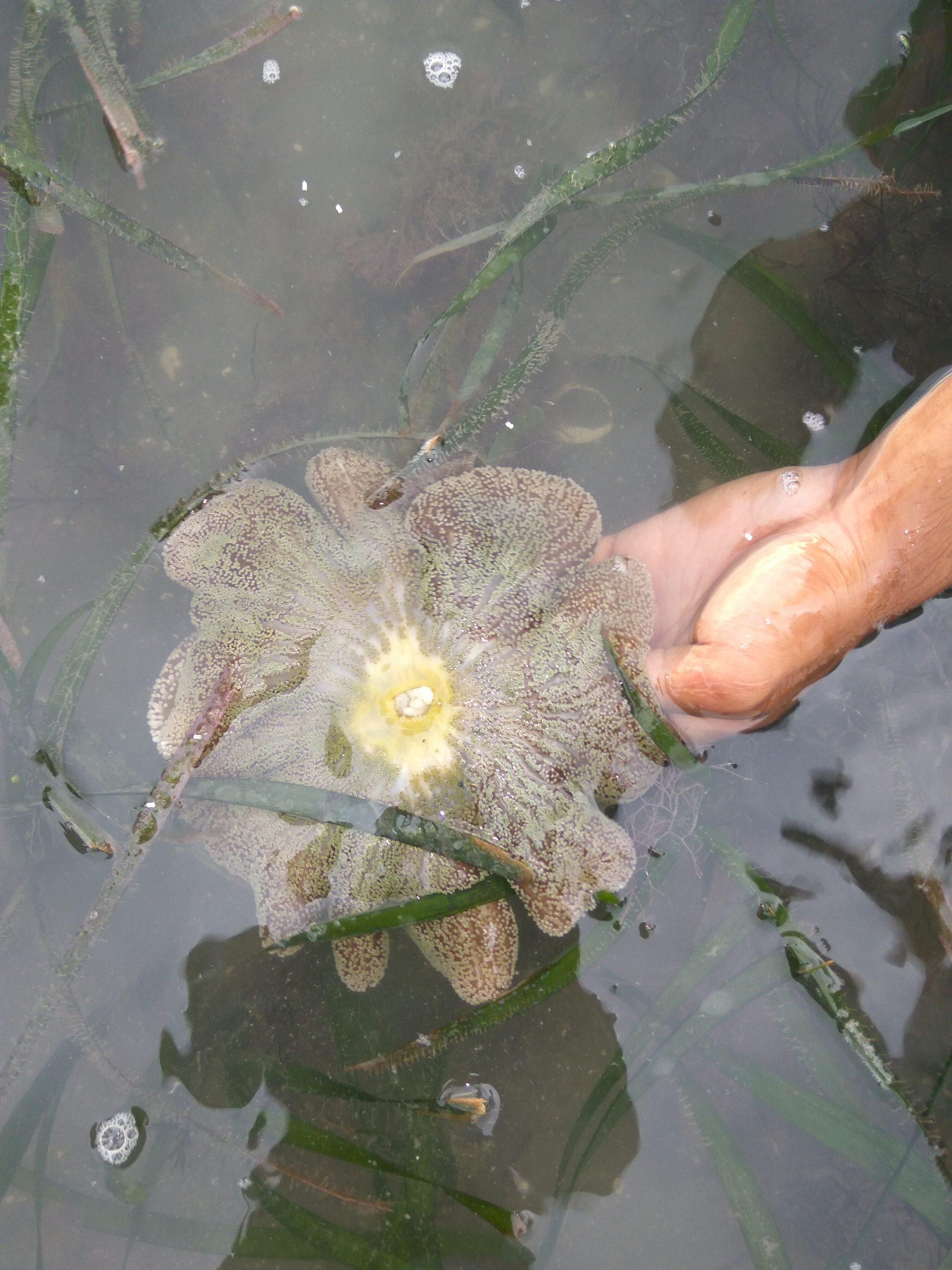 Carpet anemones are often collected for the aquarium trade, but in Mukim Tanjung Kupang, they are also collected for food. It is a long process to soak, scrub and boil them free of mud – but they are said to be tasty cooked in chilli (sambal boren).

Kelab Alami conducts guided seagrass and island tours where you will invariably spot these critters. Log on to www.kelabalami.weebly.com for more information (look out for our new membership plans and deals!).

Serina Rahman is the co-founder of Kelab Alami and a Visiting Fellow at the ISEAS-Yusof Ishak Institute, Singapore. She is also a winner of the Iskandar Malaysia Social Hero Awards (IMSHA)

‘Adopt a Bento’ and Convey Your Message to the Frontliners