In November 2021, we received news of Dyson cutting ties with ATA IMS (ATAI.KL), which makes parts for its vacuum cleaners and air purifiers, following a 6 months audit of the Malaysian company’s labour practices.

The U.S Customs and Border Protection has banned six Malaysian firms, including rubber glove makers and palm oil producers in the last two years from selling products to the United States after finding evidence of forced labour.

This has led to the Malaysian Government launching their first-ever National Action Plan on Forced Labour (NAPFL) 2021-2025, to combat unfair labour practices in the country, which was developed by the Ministry of Human Resource (MOHR) with the support of the International Labour Organisation (ILO). The NAPFL focuses on awareness, enforcement, labour migration as well as access to remedy and support services.

Let’s briefly understand the enforcement of the NAPFL pillars – the ‘4Ps Strategy to prevent and eliminate Forced Labour’, accordingly below:

The second “P” refers to the protection of victims. This pillar builds upon the fundamental principle that victims are victims, not criminals, and they should be protected from discrimination, their perpetrators, and from becoming repeat victims.

The third “P” refers to prosecution. This refers to law enforcement of which effective prosecution of perpetrators is an element. Law enforcement also encompasses such things as effective inspection regimes, police investigations (that will collect evidence and enable prosecution), and identification of victims. Importantly, laws must be complied with, and it is the duty of businesses (and individuals) to adhere to legislation.

The fourth and final “P” refers to partnership. Partnerships between multiple partners with different mandates, skills, and specialisations are essential to tackle multi-causal, complex issues like forced labour. The foundation for the NAPFL development and implementation modality is a partnership among federal and state government agencies, workers’ and employers’ organisations.

The launch of NAPFL follows a two-year development process in which by the year 2023, a review will take place to take stock of the implementation progress by the stirring committee. Furthermore, the NAPFL guidelines emphasise four strategic goals and suggested activities to eradicate forced labour in Malaysia by the year 2030.

Employers are advised to take note of the NAPFL guidelines to prepare for possible changes in the company’s employment terms and practices (involving foreign workers). Be mindful to comply with the existing laws and regulations and to seek consultation to better safeguard the desired arrangements. 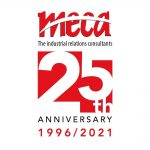 Sexual Harassment is an Attempt to Degrade Your Dignity!

A Quick Glance into the Future of Employment Standards in Malaysia