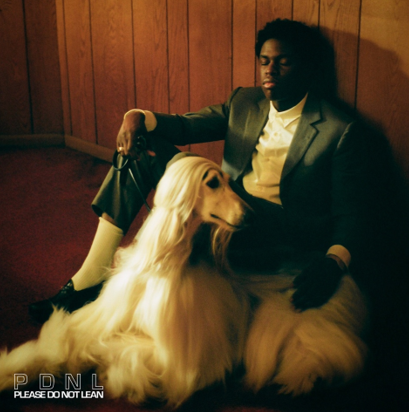 Multi-platinum GRAMMY Award-winning singer, songwriter, multi-instrumentalist and producer Daniel Caesar releases his brand-new single, “Please Do Not Lean” feat. Badbadnotgood. Featuring introspective lyrics and Caesar’s signature soulful sound, PDNL is the first single to be released off his highly anticipated third studio album, which is due out later this year.

Caesar took the stage last Friday night at the iconic Coachella Valley Music and Arts Festival to debut the single in a critically acclaimed set, which also featured fan-favourites including “Cyanide,” “Who Hurt You?” and “Get You.” Caesar was then joined onstage by Justin Bieber in a surprise cameo to perform their worldwide mega-hit “Peaches”. Tonight, Caesar returns for Coachella’s second weekend and is expected to deliver yet another epic performance.

“‘Please Do Not Lean’ represents a deeper understanding of myself and acknowledging the responsibilities I currently hold, respecting them and knowing my limits of when I can take on more,” says Caesar. “This is an introduction to the sound and tone of the next chapter in my career.”

“Please Do Not Lean” follows a whirlwind 2022 for the hitmaker, who recently performed “Peaches” at the GRAMMY Awards alongside Justin Bieber and Giveon. “Peaches” received four GRAMMY nominations, two Billboard Music Award nominations, amassed over two billion streams, and also landed Caesar his first number 1 on the Billboard 100 chart. Earlier this month, Caesar announced his new deal with Republic Records, helping kick off the next chapter of his career and new music to come.