Aiming to promote world peace through laughter, having outdoor fellowship with members and increasing awareness of laughing benefits to the community, the club had also handed out free exclusive World Laughter Day t-shirts plus breakfast and goody bags to the participants.

More than 100 participants attended this celebration according to the club’s statement.

Among the activities that were held during the celebration was a Laughter contest which had crowned Ragendran I. Muniandy, 43 as the Laughter King and Tan Lee Choo, 61 as the Laughter Queen.

“World Laughter Day” was created in 1998 by Dr Madan Kataria, the worldwide Laughter Yoga movement founder.  The celebration of World Laughter Day is a positive manifestation of world peace and it is intended to build global consciousness of brotherhood and friendship through laughter.” 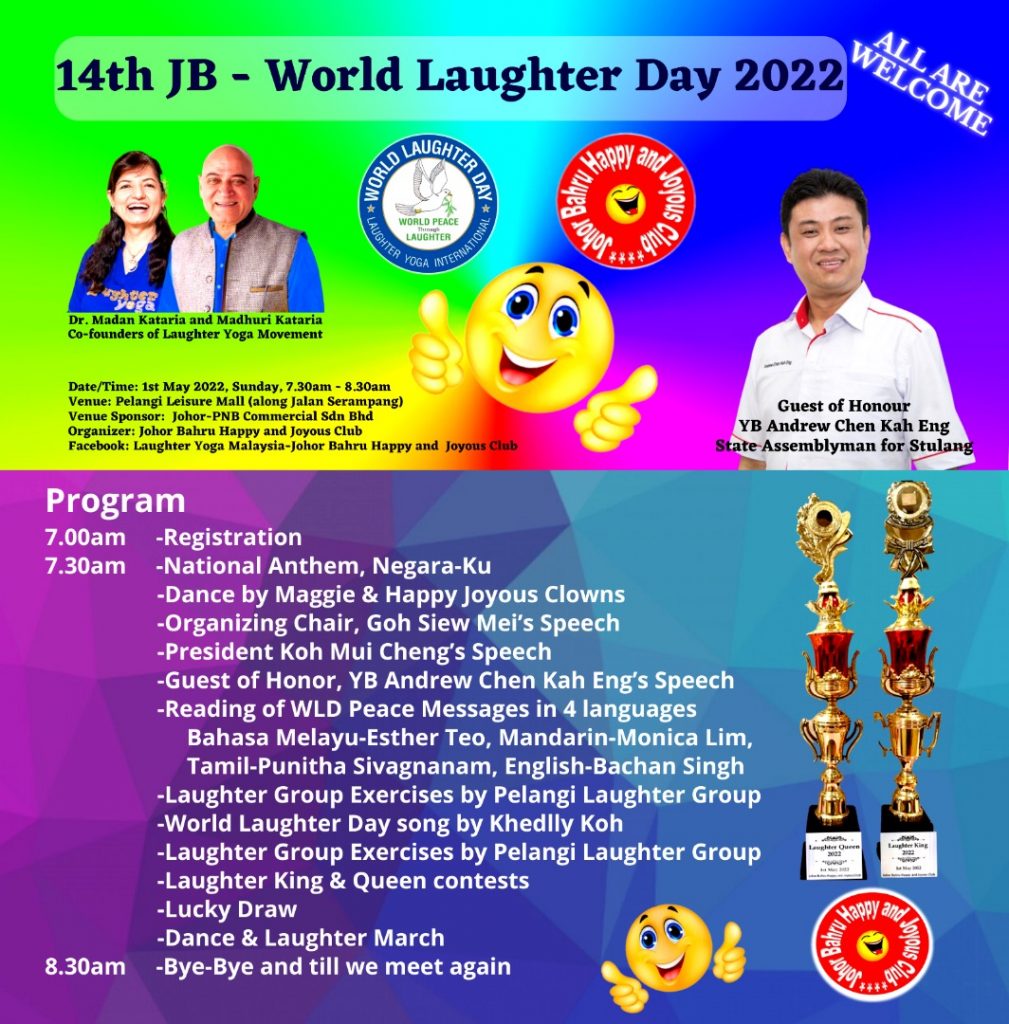 “Laughter is a universal language. It is a positive and powerful emotion that has all the ingredients required for individuals to change themselves and to change the world in a peaceful and positive way,” said the club in its statement.

JBHJC conducts a Zoom laughing yoga practice session daily. Those interested may contact the club via their Facebook page to attend their session or arrange their own private session.