Have You Ever Eaten a Pearl Conch?

You might know them as siput gong-gong, a popular seafood best boiled simply with lemongrass, and ginger. The name ‘gong-gong’ actually came from the sound of a dog’s bark; the species used to be known as the ‘dog conch’. But have you ever seen one close up and alive?

Pearl conches live in seagrass meadows, and are most active in the evening (when they are often picked up by humans at the low tide). When stressed, they are known to travel from a shallow seagrass bed to deeper waters. During the day, they often bury themselves in the sand or silt and disappear. 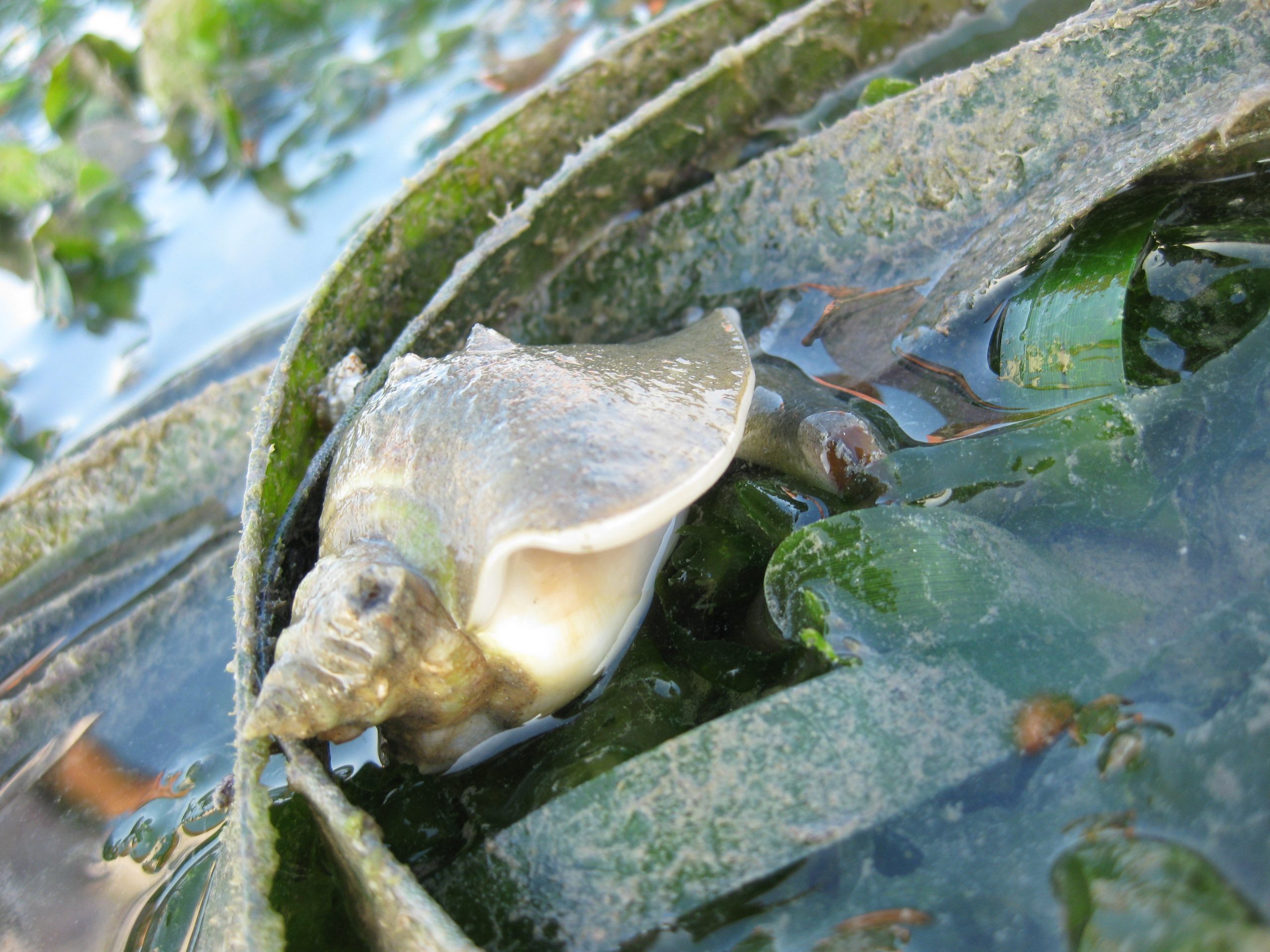 A close look at a live pearl conch will reveal a pair of eyes on eye-stalks. It also has a long proboscis (snout) that it extends to explore its surroundings and hunt for food. If you pick up this creamy- golden, smooth but relatively thick-shelled snail, and put it gently on your palm, it might extend a claw-like appendage to help it move or flip over. That ‘claw’ is actually an operculum (a knife-like plate that seals its shell tight when it retracts).

Pearl conches eat algae and detritus (natural waste or debris) and live for about 2 years, if they are not collected by a human hunter. Their only other predators are cone snails, volutes (kilah) and monkeys in the coastal shallows.

Kelab Alami conducts guided seagrass tours that allow you to meet and examine these fascinating creatures up close. Log on to kelabalami.weebly.com for more information.