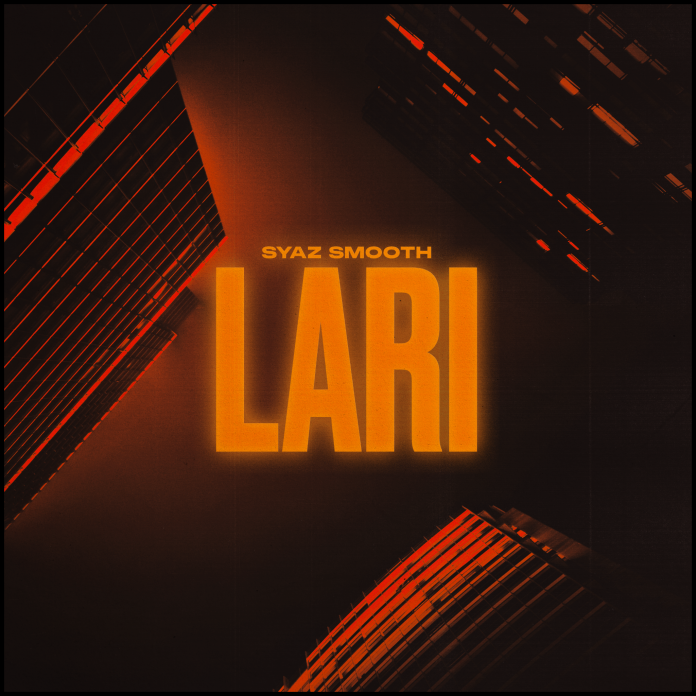 17 year old, Singaporean R&B prodigy Syaz Smooth is eager to dig into our deepest secrets instead of forgetting it all in service of starting anew.

In ‘Lari’, Syaz slides into the darker edge of obsession: telling the story of a heartbroken man who can’t let go of a partner who left his life. Powered by FlightSch’s production, which is injected with the summer flavour of reggaeton and the arcane seduction of R&B, Syaz undercuts its breezy instrumental with a tale of memory and torment.

Syaz translates the unique pressures of his skyrocketing career – one that rarely anyone his age gets to experience, into something, he hopes, is relatable. With Syaz’s knack for storytelling, he turns to movies to fuel his creativity.

“I’m an avid fan of thrillers,” he admits. Particularly, he cherishes the experience of sitting amongst the audience, gasping, hollering and crying at everything that appears on the silver screen – the films that elicit emotional reactions at the right beats. This is something he’s taken to his music, whether or not they’re dancefloor bangers or moody bedroom tunes at 1am.

“I wanted to share this song with an audience who can possibly relate to it,” said Syaz. There’s a lot of Syaz’s life that isn’t immediately “relatable”, but he isn’t satisfied with simply penning down his woes as a childhood prodigy. At the end of the day, he’s just like every other teenage boy.

Even if he’s yet to reach adulthood, he recalls the persistent feeling of “eyes watching me at all times” and the lack of “freedom” – both of which helped drive the song’s emotional core. “We all have struggles in our lives,” he notes, “but I don’t ever want to let that get me down.”

Not that he did while making this song, anyway. With a masterful producer by his side, Syaz dutifully recorded ‘Lari’ in-between live performances that ran back-to-back. “It was challenging but the adrenaline kept me going,” he remembers.

With a new year ahead for Syaz and his fans, he intends to resume his busy schedule with a bevy of fresh new tunes and performances.