The longest tenure for the sukuk issued is for 7 years

In March 2020, Country Garden Real Estate (CGRE) successfully issued 3 tranches of Islamic Sukuk totalling RM495 million with the longest tenure being 7 years, despite the downcycle of global market and recent chaos in financial market due to the COVID-19 outbreak. These issuances fully reflect the confidence that Malaysian capital markets have in both Country Garden Group (the Group) and CGRE’s long term development in Malaysia. In addition, RAM Ratings had in Sep 2019 reaffirmed the AA3/Stable rating of CGRE’s Islamic Medium-Term Note (IMTN)Programme.

Malaysia is one of the biggest Islamic financing markets in the world today. The Malaysian government has been actively promoting development of Islamic financing and strives to become global centre for Islamic financing. A sukuk is an Islamic financial certificate (similar to a bond), that complies with Islamic religious law commonly known as Syariah. Sukuks have become extremely popular since 2000, when the first sukuk was issued by Malaysia.

CGRE’s IMTN Programme was set up in 2015, which was first ever Ringgit Sukuk issued by a China-related corporate entity. It was bestowed the Triple A Islamic Finance Awards 2016 by The Asset and the League Awards 2016 by RAM.

Malaysia has been a strategic investment market for the Group, which currently has 5 projects launched – 2 projects in the Klang Valley and 3 projects in Johor.

Diamond City, located in Semenyih in the state of Selangor, is a development near Nottingham University, Malaysia. Diamond City is Malaysia’s first Spanish-style landed housing, and includes Bungalows, Linked Houses, Semi-Ds and Terrace Houses. At this juncture, six phases have been completed with the remaining three phases currently under planning and construction.

Another project, named Lake City, was recently launched in 2019. Lake City is jointly developed with a renowned local developer. Sales have been encouraging despite the recent property market downcycle. 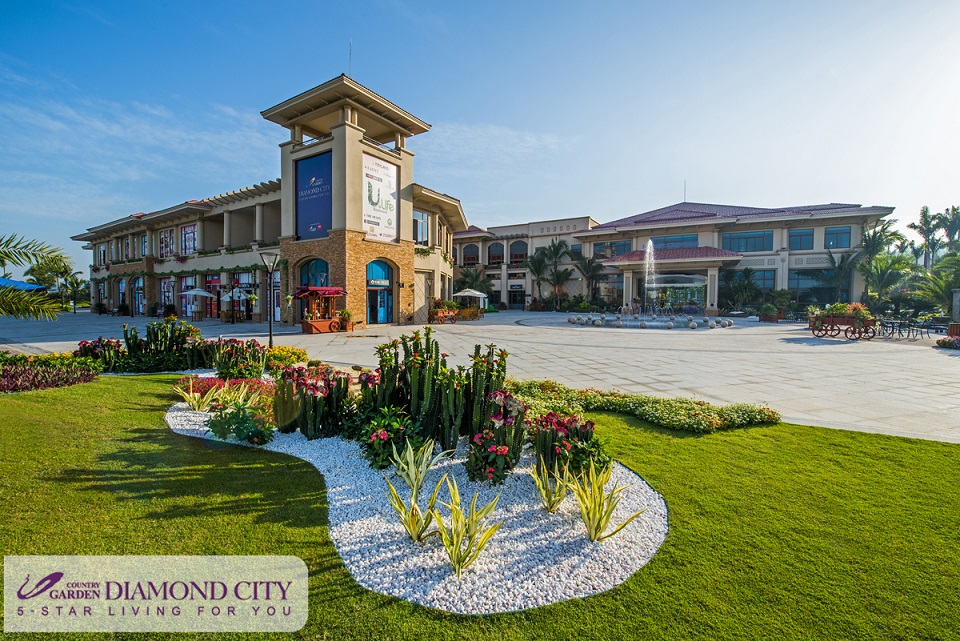 Forest City, which is located adjacent to Singapore and situated in the Iskandar Special Zone of Johor, is currently the Group’s largest overseas project. Forest City is a long-term sustainable development project, and to date, the basic infrastructure of the city has been developed in scales.

Country Garden Malaysia has strong cashflow with a healthy balance sheet which was quite encouraging. In 2019, the Group (including joint ventures and associates) achieved contracted sales attributable to shareholders of CNY552.2 billion, which represents a year-on-year increase of 10.03%.