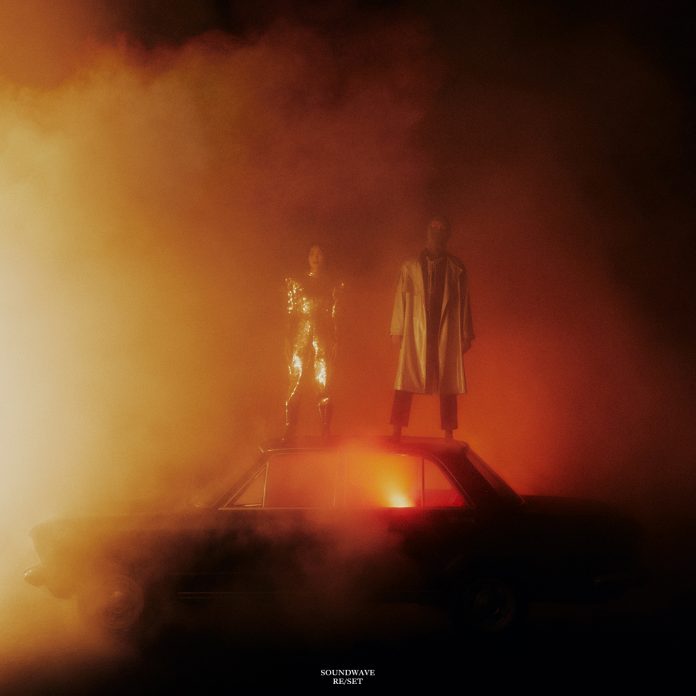 Indonesian electronic husband and wife duo Jevin Julian and Rinni Wulandari are back with a bolder sound and a more badass image overhaul. With singles being released back to back throughout the past 6 months, the electronic duo have announced the release of their long-awaited debut album, ‘RE/SET’, available on 11 August 2022, on all major digital streaming platforms.
The debut album, ‘RE/SET’ tells the story of Soundwave’s journey from Day 1 up till now, kicking off album celebrations with their final single, ‘Whatever It Takes’, an energetic ode to all fans who have been with them on their musical journey.

The album ‘RE/SET’ has a total of 11 tracks, self-produced by Soundwave. The tracks come from a place of being haunted by their own thoughts and the obstacles the duo has faced, only to realise that the only way to get out of this is to do bolder and better.

‘RE/SET’ includes previously released singles such as ‘Automatic Restart’, the infectious first single off this album which Soundwave released as a statement song, ‘Love Me, You Do’, a mischievous electronic dancefloor pop-bob to tell the tale of Jevin Julian and Rinni Wulandari joining forces to create new music, and ‘Sing and Dance With Me’, which is a song reminiscent of the time both artists met for the first time and working together, only to find out there was undeniable chemistry between both of them.