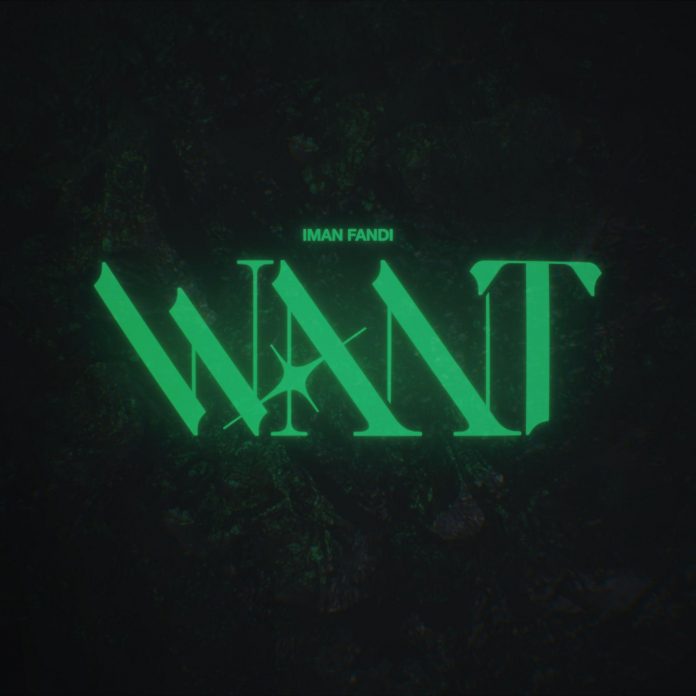 Singaporean singer-songwriter Iman Fandi continues her winning streak with a brand new single titled ‘WANT’. After releasing her assertive debut single ‘Timeframe’ and heartrending follow-up ‘Love Me Little More’ in 2021 – the latter of which debuted at No. 42 on Spotify’s Daily Viral 50 and Weekly Viral 50 – Iman retreated to the studio to work on new music, along with devising new ways to connect with her fans.

‘WANT’, which marks her first single of the year, is simplistic in its approach. At age 22, Iman barely dipped her toes into adulthood. Yet, in ‘WANT’, she confidently navigates her deepest desires with stunning vulnerability. The single, produced by RIIDEM, explores a relationship mired in toxicity – for most of the song’s runtime, Iman is honest enough to acknowledge the thrilling appeal of such intimacy.

She’s also candid about the song’s inspiration: Harley Quinn and the Joker, a fictional couple as inseparable from each other as their lust for crime and chaos. Iman, forever a romantic gliding on a razor’s edge, sees ‘WANT’ as escapism. But one that, she emphasises, should be stripped away of its allure. “My ultimate wish for ‘WANT’ is to empower people to speak up about their own experiences surviving toxic relationships,” Iman says. “I hope this allows them to come out as stronger individuals.”

Such relationships glimmer for a brief moment because, for once, people see their darkest selves accepted by someone else. However, leaving that trauma unchecked allows it to manifest in insidious and hurtful ways. ‘WANT’ understands the complications that come with loving someone when you feel wholly unloved. Instead of a pure cautionary tale, though, Iman wants fans to know through ‘Want’ that she understands. She’s been there.

“We sometimes lean towards a company that may not be necessarily good for us. It’s a sort of paradox we’ve all experienced at some point in our lives,” Iman says. The singer-songwriter isn’t interested in writing straight-laced love songs, instead opting to dive into the tangled mess that could define the complexities of such relationships that some of us have been through before.

To heighten this tension, Iman applied dance beats that show a darker and edgier side to her artistry. It also allowed her to experiment with new sounds, resulting in a single that radiates with pure authority. “You break me apart, just to put me together,” she sings.

‘WANT’ is another example of Iman’s unrivalled media career, making her one of Singapore’s most promising singer-songwriters. Despite its subject material, Iman set out to write the song as one that will hopefully spark excitement and curiosity from her fans. “No matter what they’re going through, I hope that people can have fun with this song. They can interpret it however they choose and enjoy the music that I make.”