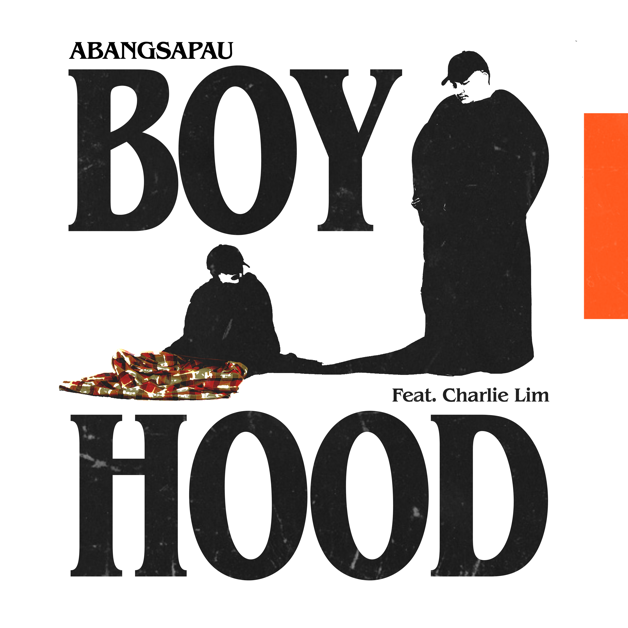 For ‘Boyhood’, ABANGSAPAU turns inward to illustrate his personal struggles in vivid and intimate detail, showing a different side of his artistry after the playful ‘hahaha’. The 22-year-old reflects on a life first lived as a young, confused kid, and then an adult burdened with unanswered questions.

The rapper explains that ‘Boyhood’ is one dedicated to self-forgiveness, reinvention, and hope. It took a lot for him to get here, and it began by confronting his past. This meant untangling the grief of losing a loved one from the memories of an imperfect person: for ABANGSAPAU, it’s his late father.

An absence of someone special reverberates in many ways. This set the rapper off on a journey that demanded deep introspection. In order to grow into the man he always wanted to be, he first had to nurture the boy who once was.

“I slowly slipped into a deeply depressive hole which robbed me of time, opportunities and good decisions,” he says. “In overcoming depression, I learnt that self-forgiveness is a vital part of overcoming regret.”

The journey of healing is never done alone – in ‘Boyhood’, ABANGSAPAU shows how restorative it is to make the process a collaborative one.

“I personally love when artists tap into the more vulnerable side of them and that’s what Boyhood feels like to me,” says Nabeyin, who linked up with ABANGSAPAU in Los Angeles, California, originally expecting to make the “trap” records that the rapper is known for.

“This sound fits him so well so I was actually glad that we worked on these kinds of records,” Nabeyin adds. “After conversing with him about his influences and favourite artists, I could tell that this music is what he really wanted to make.”

Alongside Nabeyin, the rapper co-wrote and performed the song alongside Charlie Lim. “When he sent me the track, I immediately resonated with his lyrics and how confrontational yet confessional they were,” says Charlie Lim. “That inspired me to dig a little deeper to come up with parts that would juxtapose his from a sonically and texturally different point of view but still be part of the whole prodigal-son-comes-home story.” The track was completed with the help of producer Prodbydan and bassist Harist Sunil.

The music video for ‘Boyhood’ – directed by Daryl Eng Jun – sees ABANGSAPAU stepping into the liminal spaces of anxiety and comfort. We first see him in a school hall, hunched over a table writing on a piece of paper – not unlike a student taking an important exam. ABANGSAPAU later sits in an empty cinema, rapping about his past, as he’s joined by Charlie to bond over the wounds of regret. By the end of the song, ABANGSAPAU is back in the hall – now ready for the next step in his life as he leaves his table.

‘Boyhood’ is yet another example of ABANGSAPAU’s unrivalled artistry in Southeast Asian hip-hop. 2022 marks another banner year for the rapper, who sends a message to fans that while some scars take time to heal, there is always room for hope.

“Boyhood” is available now on all streaming platforms with the Official Music Video on ABANGSAPAU’s YouTube channel.