This is the first time in Johor’s history that the state election comes earlier than the federal/general election. Previously, the state election was always held simultaneously with the federal election. However, this snap election is not a surprise. There were rumours last year about the de facto Menteri Besar Hasni Mohammad losing his majority and there were even calls for a snap election but not until the 21st of December 2021 that Hasni was left with a minority government of just 28 seats. That was above one seat against the 27 seats of the opposition following the death of Kempas assemblyman and former Menteri Besar Osman Sapian. The Sultan of Johor consented to the dissolution of the Johor State Legislative Assembly on the 22nd of January 2022.

It is also important to note that this is the first time in Johor’s history that 3 different Menteri Besar served the state in 4 years. The late Osman Sapian was appointed as a Menteri Besar after the 2018 election and resigned from the post after 11 months. Shahrudin Jamal succeeded in the position in 2019 and was replaced by Hasni Mohammad after the collapse of Pakatan Harapan during the 2020 political crisis.

Despite the fast-changing political landscape in Johor, Johor maintains itself as one of the highest GDP contributors in Malaysia. The state is very resilient and enjoys several sectors that top above the national average. Albeit, the negative growth in 2020/2021 due to the COVID-19, this 2022 state election is hoped to continue the legacy of current infrastructure developments. With several projects that are currently under the pipeline such as the Rapid Transit System (RTS) Johor-Singapore and Iskandar Rapid Transit, Johor won’t be the same as it was 10 years ago. The same goes for Menteri Besar who will represent the state government.

While the idea for the people-to-people movement between Johor Bahru and Singapore has been there for decades, both governments of Malaysia and Singapore only decided on the RTS project in 2018 during former Prime Minister Najib Razak’s time. After the general election, the project was suspended by the then Prime Minister Mahathir Mohammad and proceeded in 2019 but was suspended again due to the COVID-19 pandemic. In 2020, the RTS project was resumed by previous Prime Minister Muhyiddin Yassin is one of the most historic ceremony between Malaysia and Singapore at the Causeway borders.

Since public transportation projects are under Federal List, the Johor state government plays a minor role in this project. However, without support from the state government in terms of land and project implementation, this RTS project would not become a reality. With both federal and state governments working together, this RTS project is currently at preliminary works and scheduled for completion in 2026. Therefore, this state election is important because the individuals who will represent the state in the Johor State Legislative Assembly have to know how the infrastructure project works and support it all the way.

Since people-to-people connectivity is the main agenda for the next Johor’s blueprint, the Iskandar Rapid Transit system will be the first bus rapid transit system in Johor. It will be the backbone of public transportation in Iskandar Malaysia area in Johor. The project was first announced in 2017 and until now, the project has yet to be completed due to changes in the political landscape. The system is funded by the federal government for RM1 billion while the remaining funds would be financed through public-private partnership initiatives. To date, the project is progressing well with a three-month pilot testing programme by Mobilus bus launched on the 8th of April 2021 in Medini, Iskandar Puteri. There will be 3 mainline trunks connecting JB City Centre to the north, east and west parts of Johor Bahru.

With new projects such as Coronation Square in Johor Bahru, future plans for Medini and Puteri Harbour as well as expansion of Port of Tanjung Pelepas and Senai Airport, it is without saying that Johor will be the next economic powerhouse sooner or later. These infrastructure projects will eventually benefit Johor local talents to stay here.

Therefore, the 2022 state election is important for us to vote the qualified individuals in our constituency and finally be able to continue the legacy of Johor’s success story. Now the question is, are we ready for it? 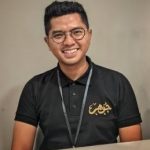 Wahab Jumrah is an in-house lawyer based in Kuala Lumpur. He is a proud Johorean and always speak his mind to promote and develop Johor as a great state. Living in Kuala Lumpur does not make him less Bangsa Johor!