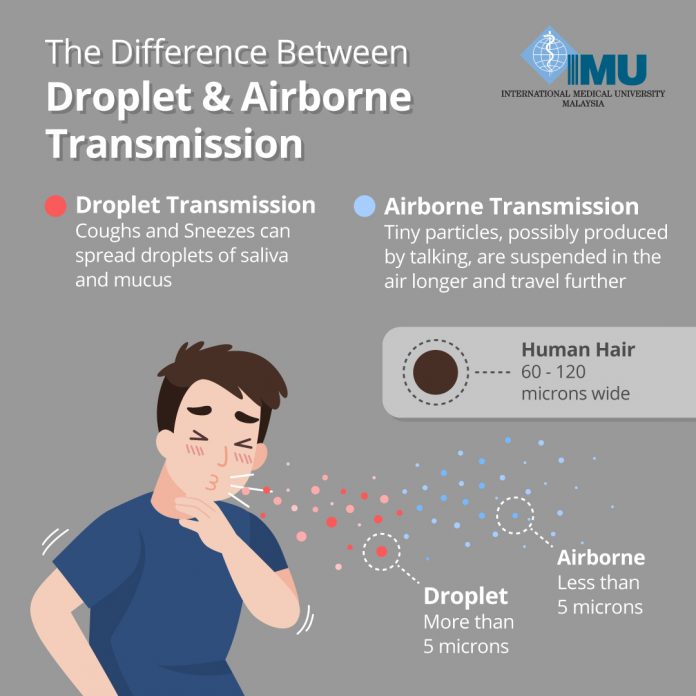 Since 2019, when the virus was first identified in Wuhan, the world has seen various mutations of COVID-19. The current wave is the Delta, and already there are other variants that the authorities are keeping an eye on. This has left many frustrated and asking, “How did we get here?”

“It is normal for a virus to mutate,” says Prof James.

He explains that when the virus gains entry into a cell in a body, the virus releases its genetic material into the cell. The cell then uses that genetic material to make more copies of the virus. “When the virus is replicating rapidly in the community, which happens when there is large-scale transmission, this replication process sometimes makes mistakes, adding that the copies made may not be exact.”

“Think about it like you would the popular children’s game where a message is passed down from one person to the next through a whisper. The objective of the game is to see if the message can remain intact when it reaches the last person. The longer the line that is, the more people the message is passed through and the more garbled the message becomes. In much the same way, as the virus is passed on to more and more people, the higher the chances of it mutating. “Each of the variants has occurred within large outbreaks in different populations such as in the UK, South America and in India,” he says.

Mutation is a natural process and according to Prof James, it does not necessarily allow a virus to become stronger or more deadly. Most times the mutations do not confer any benefits to the virus, but with enough time and opportunity, a mutation can occur that brings an added ability to the virus for it to survive. 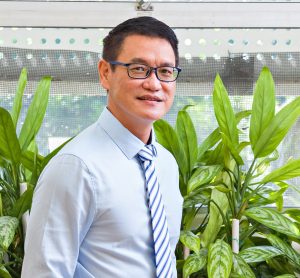 Prof James explains that if we are not on guard and we do not control the spread of the virus in our community however, we can include vaccination and by following SOPs, we leave the door open for further variants to appear.

What has changed with the Delta?

With the Delta, the virus has gained better transmissibility through its mutation.

To understand this, let’s have a look at how the virus works. To gain entry into our cells, the virus has to first attach itself to the receptors found on the surface of our cells — in the case of COVID-19 it attaches to our respiratory cells. It does this with its spikes. Once it is attached, it can then gain entry to the cell and the virus is able to replicate.

With the Delta, the virus has gained modification to its spike protein which allows it to gain faster entry into our cells and therefore replicates faster. “This is what makes the Delta more transmissible,” says Prof James.

Does this mean that the Delta can escape our vaccine-induced immune response? According to Prof James, it is true that the protection the vaccines have against the Delta is not as strong as compared to the Alpha, Beta and Gamma variants. When the vaccines were produced, they were targeting the original spike protein of the virus, and now with the Delta variant, the spike protein has changed somewhat. However, he says that the vaccines still afford us protection – “Our current vaccines are still able to stimulate antibodies that can recognise the spike protein in the Delta, although it may not neutralise the virus as effectively as previous variants.”

What should not be attributed to the Delta variant is the fact that the mutation caused it to be airborne. “It is a misconception that only the Delta variant is airborne,” Prof James says. “At the beginning of the pandemic, we were basing our knowledge on other similar viruses that were largely spread by droplets. Droplets are large particles that just fall to the ground or on surfaces very quickly and they don’t spread very far. As we gained knowledge with research, scientists are now quite confident that the coronavirus is largely spread through aerosol.”

To understand the ease with which a virus that is airborne can spread, he cites an example of spraying insecticide in a room. “You walk in an hour later and you can still smell it because the particles, as long as the air is not moving, will stay afloat in the air. That’s what’s happening with the coronaviruses. If we are carrying the virus and we speak, sing, shout or even breathe quietly in a room where the air is very still, the released viruses will remain in the air.”

According to studies, the virus can linger in still air between three to nine hours. We think that we are exposed to the virus largely from breathing contaminated air that is around us. Contrary to earlier beliefs, evidence points to the fact that touching contaminated surfaces does not quite contribute to the spread of COVID-19.

This is why today’s SOPs don’t just stop at social distancing, wearing masks, washing hands and wiping surfaces. Focus has been given to additional measures such as ensuring good airflow and ventilation, as well as encouraging double masking and wearing face shields. It’s also safer to be outdoors where the air is free flowing, rather than indoors where the air is usually recirculated.

Of course, getting vaccinated is still one of the most important layers of protection.

That said, Prof James reminds us that even if you are fully vaccinated, you are equally at risk of contracting the virus. “The vaccinated do better in overcoming the infection, but those with comorbidities can still land in the ICU. Living a healthy lifestyle is another important layer of protection.”

The concept of herd immunity has been much talked about in the past year and it is based on achieving a vaccination rate of 80% of a population. “This 80% of people who are vaccinated will then act as a barrier or protection wall against the infection of people who are unable to get vaccinated, such as those who may have some conditions that do not allow them to be vaccinated,” says Prof James.

Malaysia is currently vaccinating people at a very high rate and we are already seeing the fruits of this drive. In Selangor, for example, where herd immunity has been achieved, cases have dropped drastically.

However, he adds that to maintain herd immunity, the community has to be static. This is why he likes the term “localised herd immunity” to describe the level of vaccination within a closed community. Once the borders are opened and people start to travel in and out of states or countries then the ratio of vaccinated to unvaccinated will be in flux. “There will be no way to know if we still have herd immunity,” he says.

He explains that this is the reason we need to look at it globally: “Get everybody vaccinated if possible. If you are not yet vaccinated, I encourage you to do so. No one is safe until everyone is safe. Only then can we say that the world is a safer place.”

This will be a long-haul ongoing effort. Even as first round vaccinations are being doled out, booster shots are already becoming a heated topic of discourse. With the news that antibodies wane after six months from the second shot, countries such as the US, Israel and Singapore are already planning on booster shots for those above 60. “A booster shot will be inevitable as with other viruses and influenza,” Prof James says, adding that the important question to ask now is: ‘Will my booster shot deprive someone else of his or her first shot?’ “We need to consider the consequences,” he adds.

Opening Up, Going Out

There are differing opinions about the opening up of shops and businesses to the fully vaccinated. “There is a logic behind it. People who are vaccinated tend to do better than those who are unvaccinated. In Kuala Lumpur and Selangor for example we have achieved localised herd immunity so it’s actually OK to be out as the borders are still closed,” says Prof James.

Many still remain hesitant as they are unsure of the safety of it all. Prof James advises: “Regardless of whether you are vaccinated or not, for now, you need to be mindful of the next person — the person sitting next to you, the person we pass by. Keep sticking to the SOPs until we are all vaccinated.”

The opening of schools, earlier being considered in September, has been pushed back, and it’s a step that Prof James agrees with as it will allow for the rollout of the vaccination programme for those aged 12 to 18 years.

“People ask me: ‘When can we go back to normal?’” Prof James shares. “I tell them that this is the normal. We will not go back to a pre-pandemic normal.

“We will learn to live with the virus, we will make changes and adapt. We may even one day not have to wear a mask. But the virus itself is not going to go away.”

How to Make Working During the Pandemic Actually Work