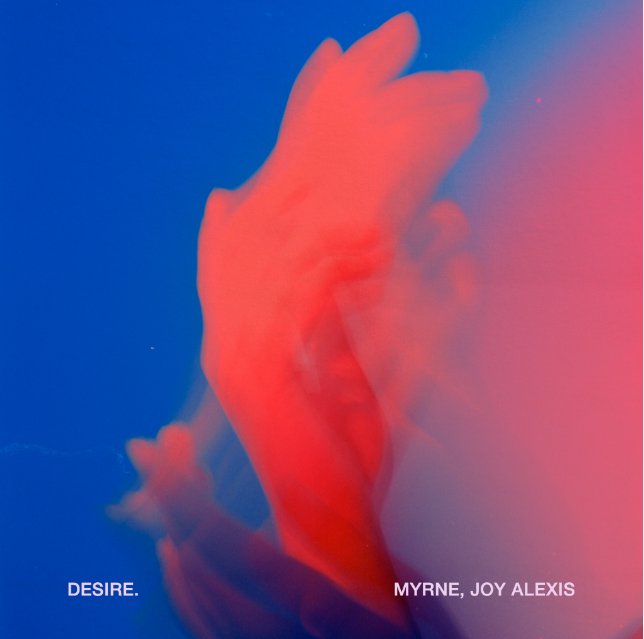 The collaboration sees MYRNE expand his vision, with not just a singular voice such as Joy’s, but with garage house-inspired production. Classic, skittering 2-step rhythms by MYRNE form the backbone of the track, but its core is more ephemeral than a standard dancefloor burner, as it has brought soaring emotional heights by Joy’s vocal presence.

‘Desire’ was plumbed out of the depths of their individual experiences, exploring the push-and-pull tension that haunts people in love who are already burdened by indecision.

According to the producer, ‘Desire’ features themes that MYRNE has yet to explore in his own work, which made the collaboration especially exciting. “It’s really easy to stay within your comfort zone, which is why active collaboration is important,” he says.

It took only a few hours for MYRNE and Joy Alexis to write the entire song when filming for Majulah Weekender (an eight-part web series which sees established Singaporean musicians paired with emerging voices). Their rapport was ignited from the get-go, with Joy effortlessly sliding into MYRNE’s world of electronica with startling ease. Joy brought with them a layer of introspection that pierces through the euphoria.

In ‘Desire’, Joy explains that it is “about wanting what you cannot have”. “Its lyrics are rather vague and detached, as that was how I was feeling at that time,” they elaborate. “It’s not specific, just like how desire can be quite vague at times. Wanting people and things is an inherent human condition, and sometimes you can’t pinpoint it.”

Even if the meaning of ‘Desire’ is awash in a haze of unresolved feelings, Joy’s intentions were clear to MYRNE through the process.

“The part where Joy Alexis sings ‘Give in to your desire’ resonates with me the most, as the vocal transforms into that leitmotif you hear in choruses,” MYRNE says. “That part fell into place so nicely that I keep listening to it on repeat.” The duo worked closely on the release, from the initial songwriting phase under Majulah Weekender, to even its artwork.

Joy learned “a lot of new creative techniques to produce, ideate, and create” from the collaboration. But for MYRNE, he took the opportunity to elevate his songwriting skills, explore new thematic avenues, work with a promising new artist, and even learn a new life lesson.

“Life is too short to hesitate,” he affirms. “Feelings are feelings, not thoughts – so don’t think about them too much.”