The 5km run attracted about 1,000 runners, of which 50 of the runners were people with physical disabilities. People from all walks of life, from amateur to professional runners, gathered at Edible Park in Medini City, where the run was flagged off by the Mayor of Iskandar Puteri, Dato’ Haji Adib Azhari Daud. Accompanying the Mayor were Khairuddin Hasan, KPRJ Head of Corporate Division and Dr James Tee, MIM Managing Director/Chief Executive Officer. 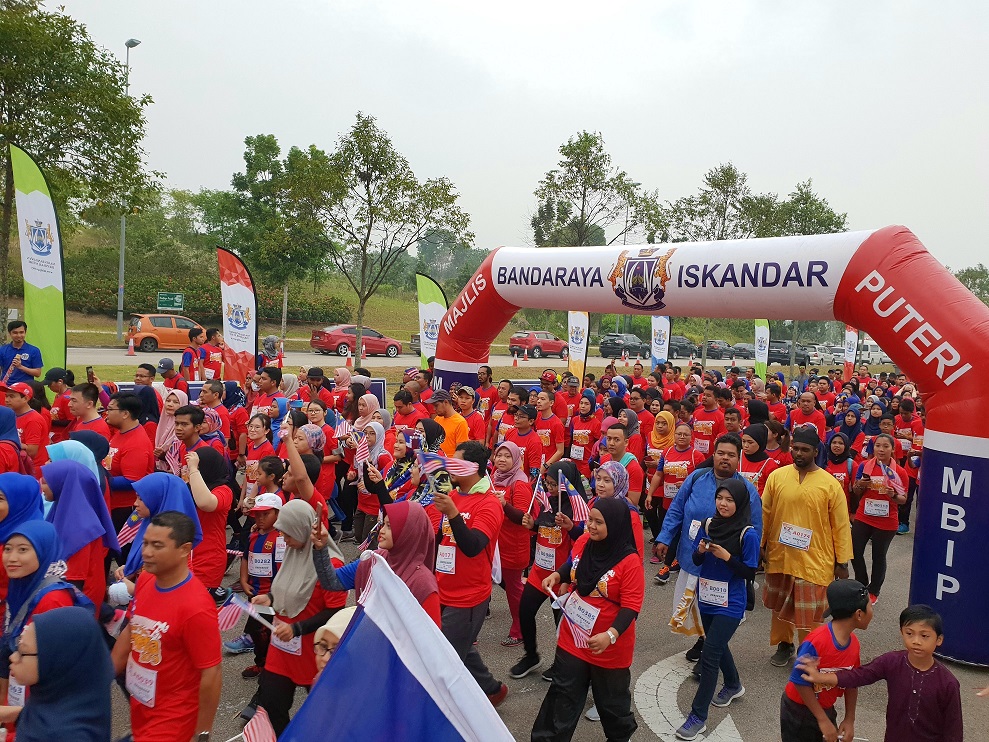 National pride was strongly felt amongst the runners as they ran and waved the Malaysian flag in the air. Some even wore traditional costumes. Jimi, the mascot of SUKMA Johor 2020 and Joh, the mascot of Visit Johor 2020 made their appearances to liven up the event. The event drew a lot of excitement as there were prizes given out to best-dressed runners and lucky draws with motorcycle as its grand prize.

Dr James Tee said, “We are truly honoured to be the strategic venue host of the Iskandar Puteri Merdeka Fun Run 2019 held for the second time in Medini City. It is heart-warming to see participants, together with their friends and family, running and waving the Malaysian flag. We congratulate the organising committee from MBIP for a very successful event, which made the atmosphere in Medini City more vibrant during the Hari Malaysia celebration.”