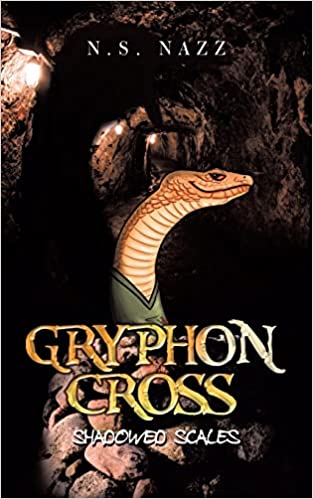 N. S. Nazz always wanted to write a book about anthropomorphic animals having adventures, taking the readers with them on their journey. It is for this reason she now releases “Gryphon Cross: Shadowed Scales” (published by Partridge Singapore), a book series of talking animals facing their fears of growing up in a world of carnivores and herbivores.

Sameer the Egyptian cobra has been living in his father’s shadow. No matter where he went, everyone saw him as an extension of his father rather than as himself. But that changed when a new student entered his class. The moment Sameer attacked the new student, his life changed. Both of them were sent to summer camp and Sameer knew he had to work his way to gain everyone’s trust back, even if it meant getting hurt in the process. However, the camp has a secret that no one, not even the counsellors know and Sameer hopes he will be the first to find out.

“This book reflects about the struggles in childhood not many talked about such as peer pressure, family expectations, disability in learning and subtle discriminations they faced in school,” Nazz says. She adds, “It has animals that not many people like to put in their fictions such as the Tasmanian devil, Honduran white bat, a snake as a good protagonist as well as the eating lifestyle of carnivores and herbivores in a world of anthropomorphic animals.”

When asked what she wants readers to take away from the book, Nazz answers, “To show the readers that it is okay to not follow in your family’s footsteps. As the saying goes, blood is thicker than water but the blood of the covenant is thicker than the water of the womb. You may have traits from your parents but you can still be you.”

Available at Amazon and Barnes & Noble

N.S. Nazz is an author who would like to share her stories with the world. She is also passionate about animals, especially wildlife conservation and expresses great concerns that some animals are brushed aside for other issues. In order to make people be aware of animals, she decided to write an adventure story about them and make the animals as the main characters.

New Book Shares a Collection of Poems on Love and Life