The event was hosted for the first time by a virtual emcee, also known known as Miss J, while audiences were thrilled by a mysterious guest – internationally renowned rapper from Indonesia, Rich Brian, who gave a spectacular performance on the last day of the event with his song “Kids”.

Brian also displayed his gaming skills and paired up with players Ryzen from Bigetron RA, uHigh from Team Secret and Break from team BOX Gaming (Vietnam) in a show match against the best pro players in Southeast Asia. 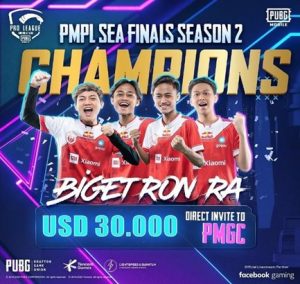 After 15 rounds of competition to the final match, each team ramped up the battle for the top position and four tickets to qualify for the 2020 PUBG MOBILE Global Championship.

“Wow, really awesome! We shed happy tears when we were confirmed as Southeast Asia’s champions for the first time. To our fans, thank you for your prayers and support during this tournament and for the Aerowolf team who qualified for the Global Championship, let’s play and become champions in the Global Championship competition”, said Luxxy, one of the Bigetron Red Aliens players.

Potato, one of team Aerowolf Limax’s players, also expressed his happiness. “We are very happy to be able to participate in our first official tournament outside Indonesia and to have succeeded in achieving the target we had set when we joined in this tournament — which is to qualify for the Global Championship. To our fans, thank you for your support and we apologise for failing to become champions. Nevertheless, we are quite happy that the first and second places in this competition were both won by Indonesian teams.” 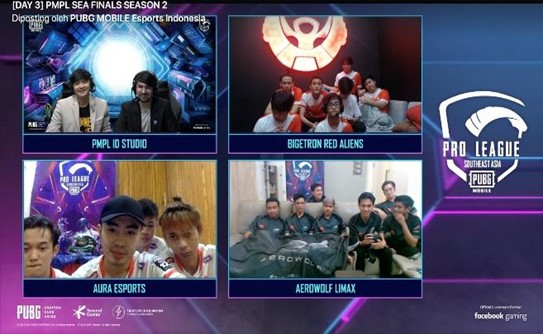 These 19 teams will then compete for a prize pool of USD 2million.

“Congratulations to the team that has successfully obtained tickets for the PUBG MOBILE Global Championship 2020. In the Grand Final of PMPL SEA Finals Season 2, which was very tight, representatives from each country in Southeast Asia have presented proud world-class competition. We hope that the four best teams from Southeast Asia will be able to surprise their fans in the PUBG MOBILE Global Championship 2020 competition. In this competition, we are committed to increasing professionalism in presenting online shows and using the latest and best technology for fans, and we hope that fans will love what we do and serve, because our content is always different from one competition to another”, said Gaga Li, Head of PUBG MOBILE ESports for Southeast Asia.