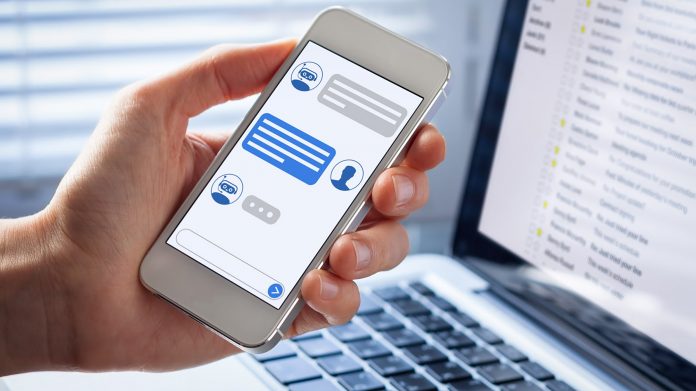 Bots are social media accounts which are controlled by artificial software rather than by humans and serve a variety of purposes from news aggregation to automated customer assistance for online retailers. However, bots have recently been under the spotlight as they are regularly employed as part of large-scale efforts on social media to manipulate public opinion, such as during electoral campaigns.

A new study in Frontiers in Physics has revealed the presence of short-term behavioural trends in humans that are absent in social media bots, providing an example of a ‘human signature’ on social media which could be leveraged to develop more sophisticated bot detection strategies. The research is the first study of its kind to apply user behavior over a social media session to the problem of bot detection.

“Remarkably, bots continuously improve to mimic more and more of the behavior humans typically exhibit on social media. Every time we identify a characteristic we think is prerogative of human behavior, such as sentiment of topics of interest, we soon discover that newly-developed open-source bots can now capture those aspects,” says co-author Emilio Ferrara, Assistant Professor of Computer Science and Research Team Leader at the University of Southern California Information Sciences Institute.

In this work, the researchers studied how the behavior of humans and bots changed over the course of an activity session using a large Twitter dataset associated with recent political events. Over the course of these sessions, the researchers measured various factors to capture user behavior, including the propensity to engage in social interactions and the amount of produced content, and then compared these results between bots and humans.

The researchers found, among humans, trends that were not present among bots: Humans showed an increase in the amount of social interaction over the course of a session, illustrated by an increase in the fraction of retweets, replies and number of mentions contained in a tweet. As sessions progress, human users grow tired and are less likely to undertake complex activities, such as composing original content. Bots were shown to not be affected by such considerations and no behavioural change was observed from them.

The researchers used these behavioural results to inform a classification system for bot detection and found that the full model including the features describing session dynamics significantly outperformed the baseline model in its accuracy of bot detection, which did not describe those features.

These results highlight that user behaviour on social media evolves in a measurably different manner between bots and humans over an activity session and also suggests that these differences can be used to implement a bot detection system or to improve existing ones.

Emilio highlights, “Bots are constantly evolving – with fast paced advancements in AI, it’s possible to create ever-increasingly realistic bots that can mimic more and more how we talk and interact in online platforms.”

“We are continuously trying to identify dimensions that are particular to the behaviour of humans on social media that can in turn be used to develop more sophisticated toolkits to detect bots.”

How to Improve Your Posture at Home – Part One