Indonesian electronic husband and wife duo Jevin Julian and Rinni Wulandari have announced the release of, ‘Sing and Dance With Me’. Released yesterday on the 20th of January 2022, the single is part of the duo’s upcoming string of releases that make up their debut full-length album, ‘RE/SET’, which is slated to be released in Q3 of 2022.

As with the duo’s previously released infectious single, ‘Automatic Restart’, ‘Sing and Dance With Me’ is a continuation of the main theme of sharing Soundwaves’ journey from day one till now, which will culminate into the duo’s debut album. This brand new single focuses specifically on their very first meeting with each other during their time in the Indonesian music competition show, ‘The Remix’ in 2015.

Soundwave shares, “As with every first meeting, it was awkward. We didn’t know much about each other. Being paired up together as artists, it was natural for us to make the effort to get to know each other better, finding common ground and interests. And before long, we realised that we had this undeniable chemistry not only in working together on music but also on a personal level. Years later, this chemistry has not changed one bit apart from the fact that we are now married with a family together.” 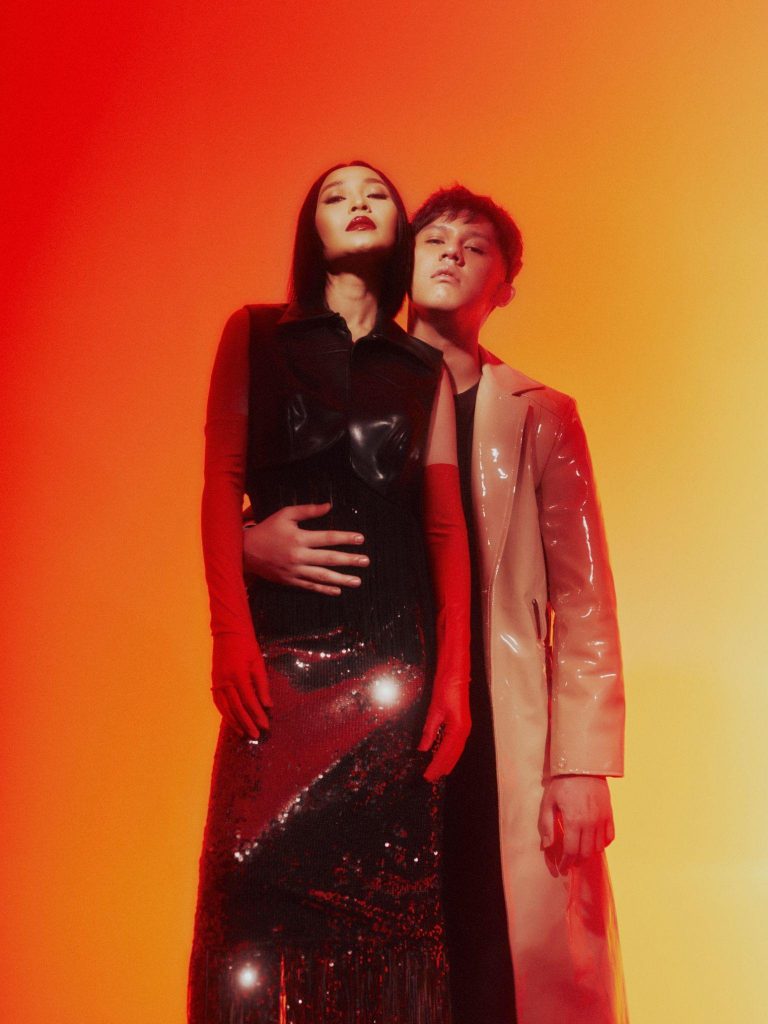 The accompanying music video for ‘Sing and Dance with Me’ will be released on Soundwave’s Youtube Channel on the same day. Riding on the existing cabin fever from the pandemic, the music video will show Soundwave through images of different parts of the world via green screen. Rinni Wulandari says, “We love to travel. To experience that feeling of joy, and the thrill of travelling, is the same feeling of us meeting for the first time, and being on this lifelong journey and commitment together. We also wanted to attempt to be near to everyone in the world, perhaps it’s our way of trying to take over the world.”

Hailing from Jakarta, Indonesia, Soundwave is an electronic dance group consisting of husband and wife duo, DJ and music producer Jevin Julian, and Rinni Wulandari as a vocalist.

Having met and grouped together initially through a local music competition show, The Remix, Soundwave started performing and building their fan base through the competition itself. Since clinching the Vice Champion award of The Remix, both Jevin Julian and Rinni Wulandari have continued releasing music as solo artists in their own right, as well as singles together as an electronic music project under Soundwave.

After working together in the last 6 years, the duo has since gotten married, and have a kid together, as well as released solo artist projects (Rinni Wulandari, ‘Skins’ and Jevin Julian, ‘Samsara’). Soundwave is now back with a brand new sound and image, bolder, bigger and more badass, and ready to claim their musical thrones again.