Screenplay by:  Matt Sazama & Burk Sharpless and Art Marcum & Matt Holloway (Based on the Marvel Comics)

One of Marvel’s most compelling and conflicted characters comes to the big screen as Oscar winner Jared Leto transforms into the enigmatic antihero, Michael Morbius. Dangerously ill with a rare blood disorder, and determined to save others suffering his same fate, Dr Morbius attempts a desperate gamble. What at first appears to be a radical success soon reveals itself to be a remedy potentially worse than the disease. 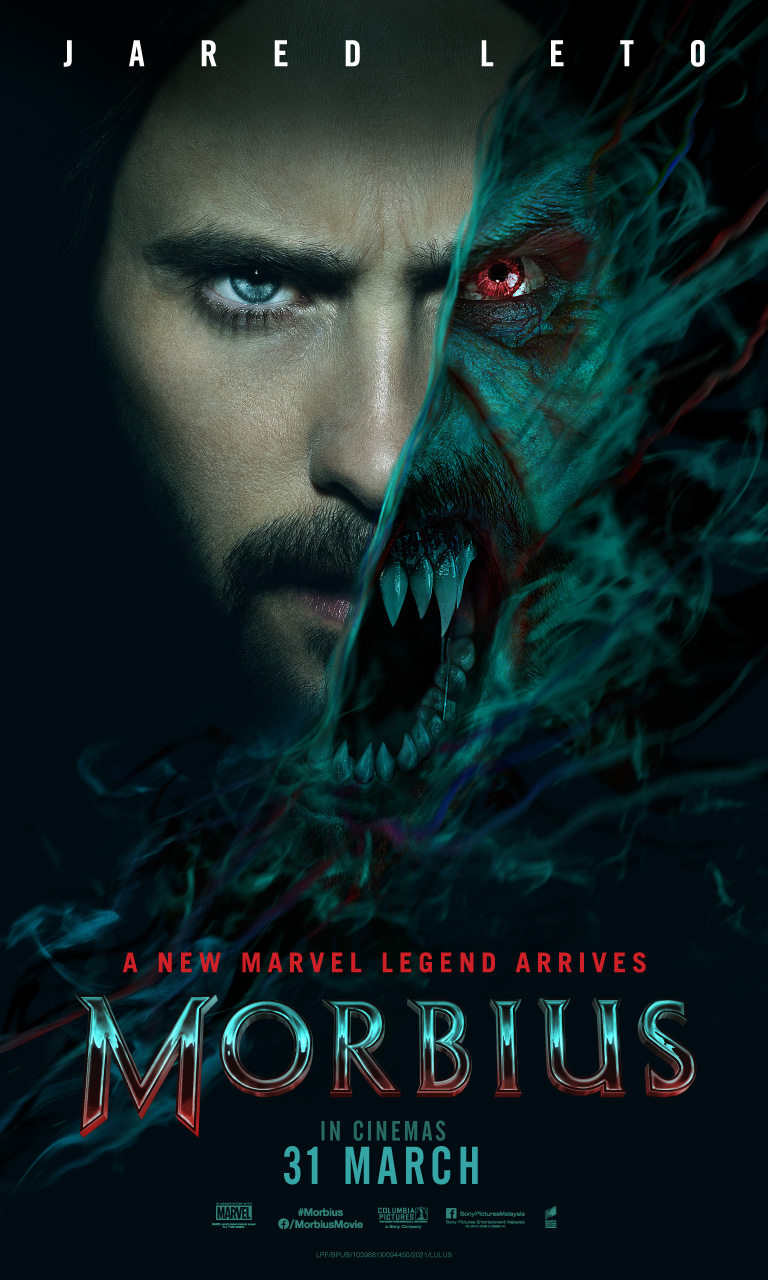