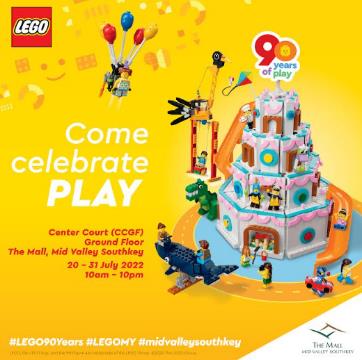 LEGO fans can look forward to the second physical installation of the Imagination Playground at The Mall, Mid Valley Southkey, Johor Bahru from 20th to 31st July 2022. With various play-centric stations and activities for the public to engage with, LEGO Imagination Playground is a must-visit for both children and adults.

“After the success of the LEGO Imagination Playground at Mid Valley Megamall in Kuala Lumpur, we’re pleased to be extending this experience to the Southern region where we have so many passionate LEGO fans. We’re also delighted to partner with The Mall, Mid Valley Southkey as we believe it is the ideal venue for celebrating 90 Years of Play within the region” said Rohan Mathur, Marketing Director of LEGO South East Asia.

Imagination Playground will showcase the endless potential of play and highlight why play matters in child development. Aside from fun activities such as the Cupcake Making Zone and Build & Race Zone, there are also stations that will transport visitors back in time as they revisit key milestones in the company’s history. One such station is The Memory Lane, which takes a look at the brand’s 90-year history as well as The Tiny Block Theory, which details the history of the iconic LEGO Minifigure.

At the Endless Creativity Zone, LEGO fans can unleash their creativity and share their well wishes with LEGO DOTS bricks. Be it a LEGO build of multi-coloured jewellery or a heart, the Imagination Playground immerses itself into its venue by showcasing unique builds from brands within The Mall, Mid Valley Southkey at the Mall Tenants’ Creation Zone for all to see. For certain zones, you can walk away with goodies by participating in various activities.

The LEGOLAND booth will have exciting exclusive promotions such as buying 3 LEGOLAND Triple Park Annual Passes and getting RM100 F&B Voucher. Purchase 4 Triple Park Passes and get even more value with an RM150 Voucher, coupled with ONE Year of Access to LEGOLAND Theme Park, Water Park and SEA LIFE that gives you the best value & fun moments with the entire family! 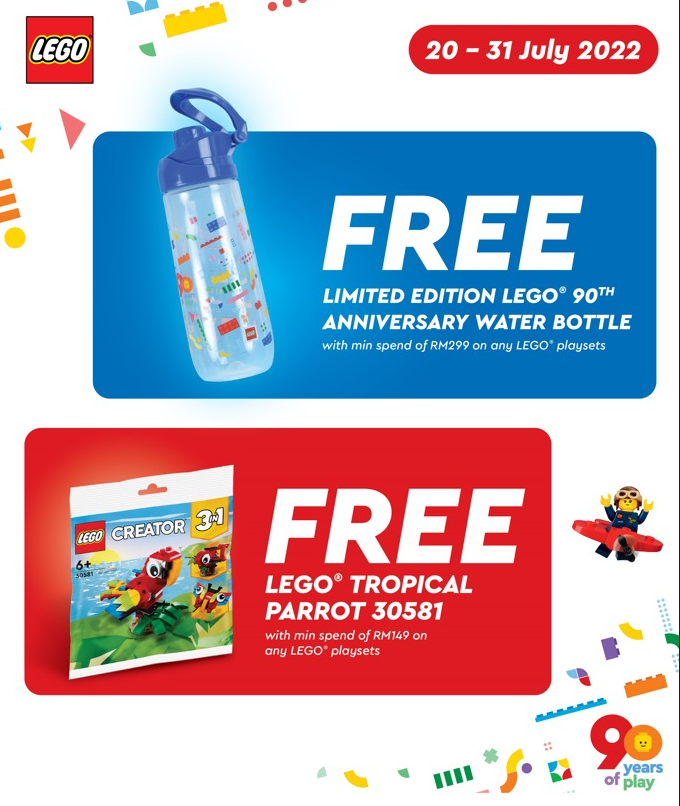 The celebration doesn’t stop there! Between 20th and 31st July, visitors to the LEGO Imagination Playground can look forward to redeeming a limited edition LEGO 90th Anniversary Water Bottle with a minimum spend of RM299 or a 30581 LEGO Tropical Parrot with a minimum spend of RM149. In the same period, those that spend a minimum of RM600 at any of The Mall, Mid Valley Southkey’s speciality stores, can redeem a free LEGO 90th Anniversary Tote Bag. Last but not least, until 24th July, nationwide customers can also enjoy a 25% discount on selected LEGO sets purchased in-store. All of the above-mentioned offers are available while stocks last. 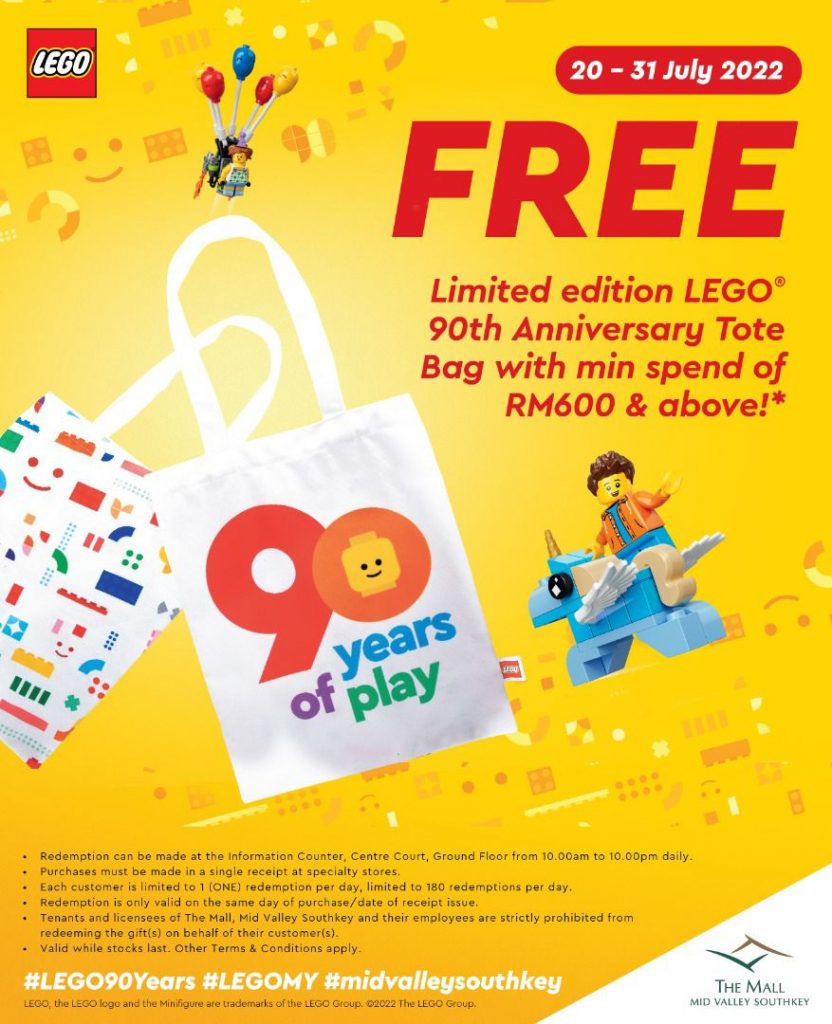 Kids, adults and grandparents alike will love the 11021 LEGO Classic 90 Years of Play. Launched in celebration of the LEGO Group’s 90th Anniversary, this iconic 1,100-piece playset has something for everyone, from the 1932 Duck to the 2020 Pineapple Pencil Holder. With 15 mini build recreations and extra bricks for free building, families can have hours of fun and nostalgia. You can choose to recreate iconic LEGO models such as 1998’s Secret of the Sphinx, 2013’s LEGO NINJAGO Golden Dragon, or simply let your creativity and imagination run free!

In today’s technology-driven world, screen time among kids can be higher than ever. Keeping your children away from digital devices and screens may seem tough, but with LEGO play, even the most distracted of kids can be occupied for hours. To get you started, the LEGO Group has curated a list of sets to inspire you to spend quality family time. The relevance of these sets to our daily lives will bring a sense of familiarity and home to both our little builders and their parents.

The World’s Most Beloved Musical – The Sound Of Music is Now on Sale!