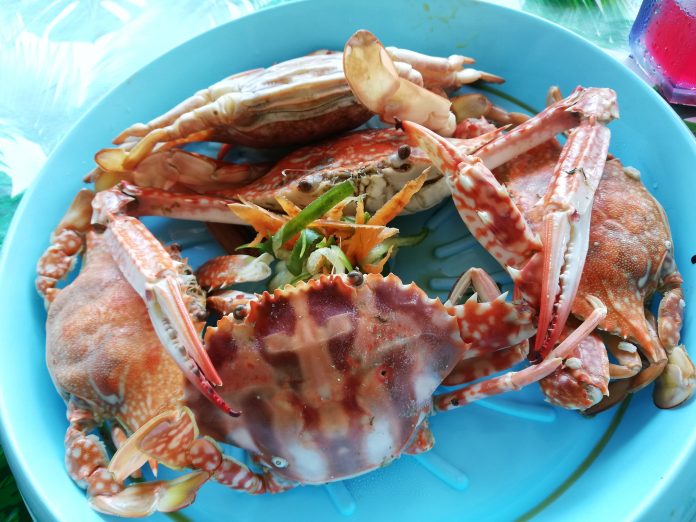 Look carefully at the swimmer crabs that you eat. One might be larger and differently-patterned from the rest. Its arms are longer than the regular blue flower crab, and it has a distinctive orange/brown pattern on its back. There is a magical story to this highly-sought after species (Charybdis feriata).

There are several versions to the tale, but it said that Saint Francis Xavier who traveled across Asia in the 1500s faced a terrible storm at sea. Some then say he touched the sea with his crucifix, others say he tossed it into the sea – but in the end, the sea calmed and they were able to safely reach the shore. It was there that he either met with a crab that was holding his crucifix or he met a crab that he blessed, and both ended up with the unique pattern on its shell. 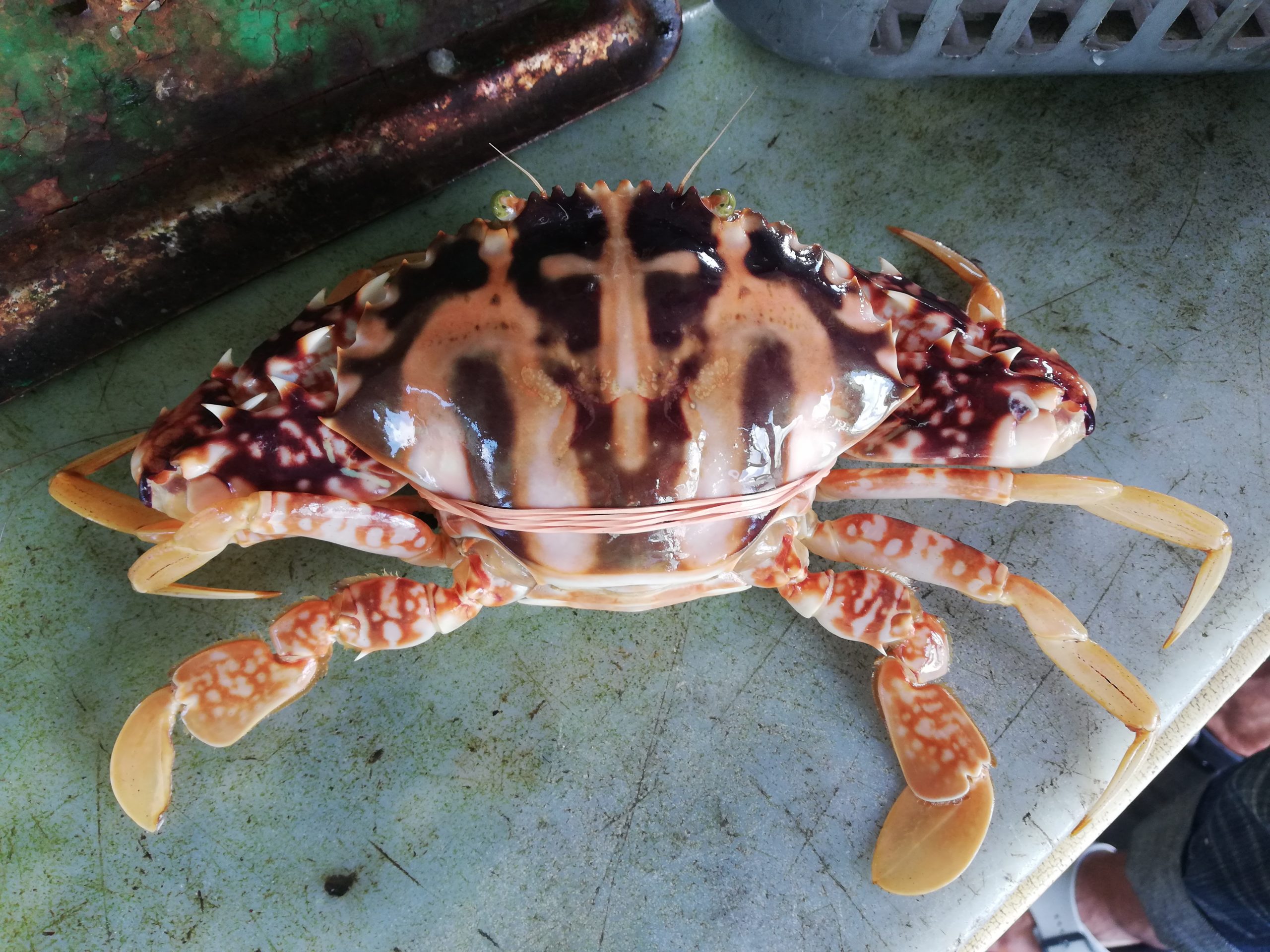 Folk beliefs aside, the crab is very distinctive, and to fishermen, a dangerous one to catch. Its extra-long pincers can wrap backwards over its body to grip tightly onto fingers trying to release it from a net. It rarely comes up in smaller sizes, and is quickly snapped up as soon as it reaches the market table.

Glance again at your seafood when it comes to you – who knows what stories lie behind its beautiful patterns! Pasar Pendekar Laut is a Kelab Alami initiative that supports artisanal fishermen. Find out more at https://kelabalami.weebly.com/pasar-pendekar-laut.html and stop by for fresh, chemical-free, sustainable seafood! 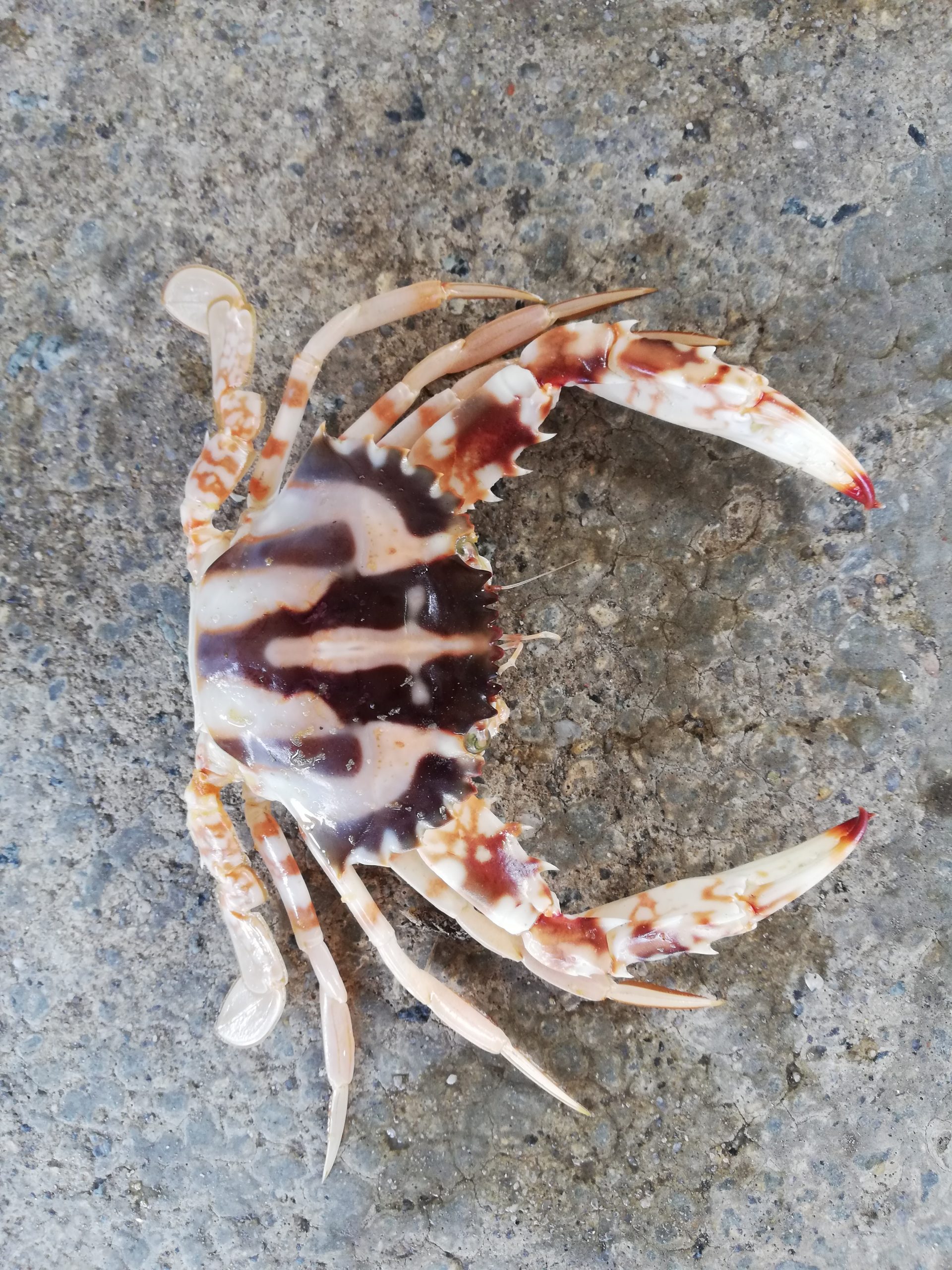 ‘Adopt a Bento’ and Convey Your Message to the Frontliners